Rainbow Sei: #1 was able to access some of those old albums on her desktop and so she thought it would be fun today to do a single kitty post. And that kitty is... IKKYU, the first in a long line of Abyssinian cats bearing Japanese names!

After she moved to Chicago and then back to France, Ikkyu used to travel to Canada with #1 to spend his summers in Prince Edward Island. He loved being at the cottage! 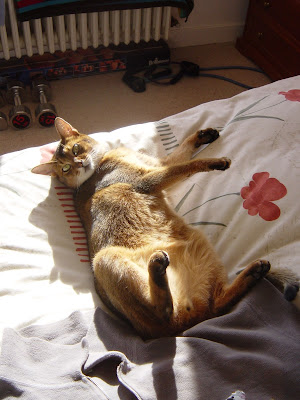 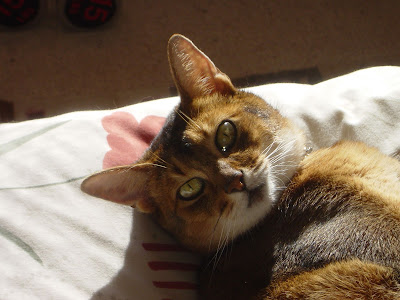 Ikkyu was very well travelled. Aside from planes, he also travelled a couple of times in #1's car on the Eurotunnel! 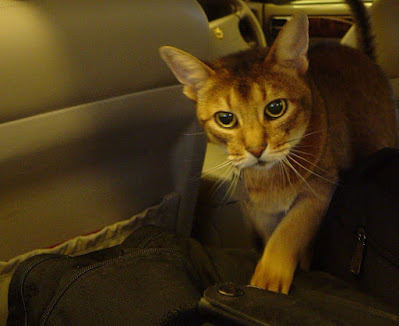 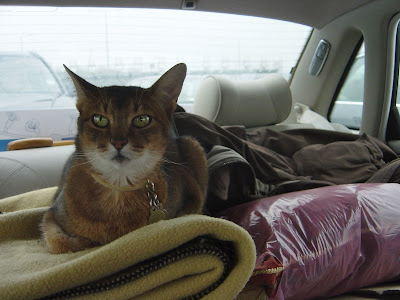 But he really liked being home the most, especially when there were good sunpuddles to lie in! 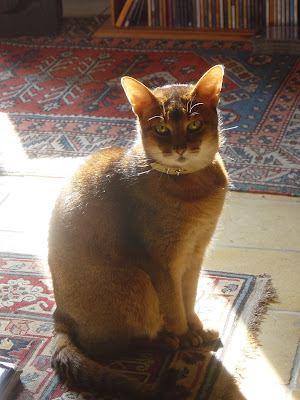 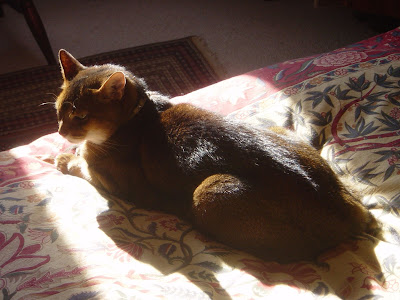 Ikkyu hated almost everyone other than #1, but to her, he was the gentlest, sweetest, most affectionate boy! 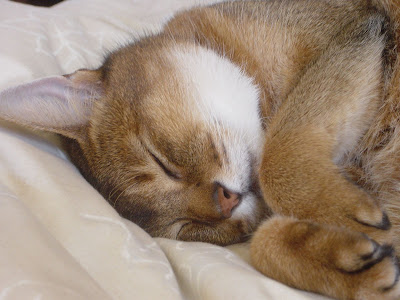