The End of the Journey for Traveller


#1 here. Having not seen Trav for a week, I was beginning to get very worried. On Tuesday night, I took his meal out to the garage late evening, as I always do. I noticed an unpleasant smell. I looked around and couldn't see anything. Then something made me feel under an old armchair that sits in a corner, covered in a sheet and old throw. There was a miaow. I got on my knees and lifted up the sheet, and there was my poor Trav. He looked awful. Filthy, smelling bad and clearly either injured or ill. For the first time ever, I was able to pat his head a bit, and then he crawled further back. There was nothing much I could do at that time of night, but I put food and water under the chair, within easy reach, and a soft chamois cloth on the ground. I went to bed, determined to get him whatever help he needed in the morning. But on waking up on Wednesday, he was gone and none of the food had been eaten.

I searched for him but did not find him again until around 4pm yesterday afternoon. He had crawled into the winter shelter I had made for him. He looked and smelled absolutely terrible and was covered in maggots. It was the saddest sight I have ever seen. He hissed at me. I went and got a carrier which I could open from the top, put on my big thick leather gloves and proceeded to get him out of there and into the carrier. He managed to bite through the gloves in a couple of places. I immediately went to disinfect and then took him to the vet clinic in town. There was no point in taking him all the way to Dr. C's. It was clear that there was nothing to do other than put him to sleep. The vet thought he had either been run over or had a saddle thrombus. They were very nice there, and first just made him sleep before they euthanised him. Such a sad end for a kitty who had such a tough life but it was one final gift I could give him. Given the maggots, he had obviously been in this state for several days already.

What touched me most deeply was that, despite the awful state he was in, he had managed to come back home, the only home he had ever known. Maybe he wanted to say a final thank you, and I think he knew I would do what I could for him. He is being cremated and I shall get his ashes back in a few weeks, and scatter them over all the places he loved.

Here are some of my favourite photos of him: 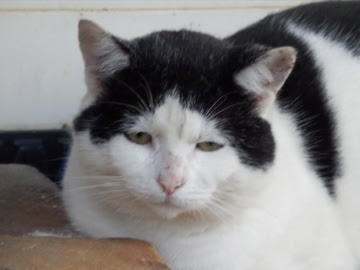 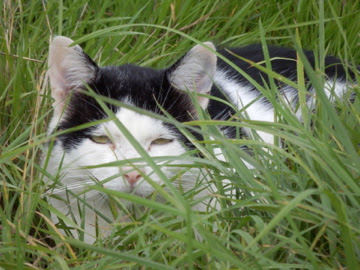 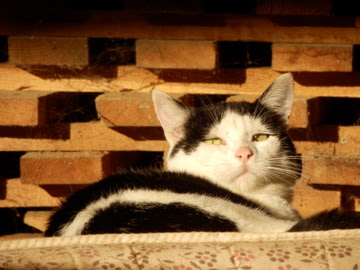 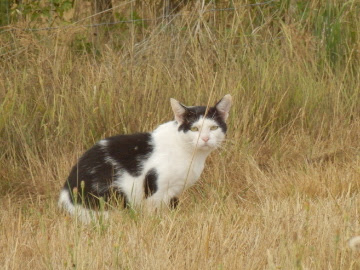 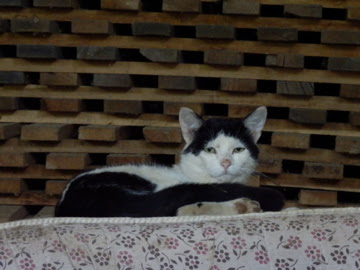 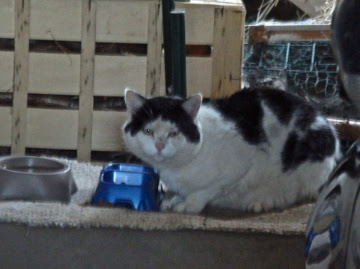 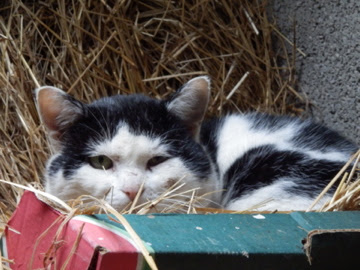 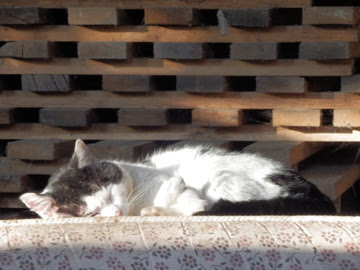 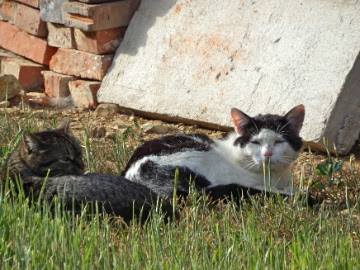 Run Free, Sweet Trav. In the last year and a half of your life, you did have a home and people who loved you and cared about you, and you will be remembered.