Sei-Chan: It has finally gotten warm! We thought it would never, ever happen but it has and we are enjoying it. It has also stopped raining, for now anyway. So you  might think all is right with the world. Well, not quite. #1 is going around with a stunned look in her eyes and the phone keeps ringing. Apparently it has something with a referendum and the results are not what she had been hoping for. The absolutely only thing which made her smile yesterday was a comment by someone that Britain was acting like "the cat of Europe" with its inability to decide whether it wanted to be in or out. Anyway, she is sad because she has never been into isolationism, and we are all trying to make her feel better. 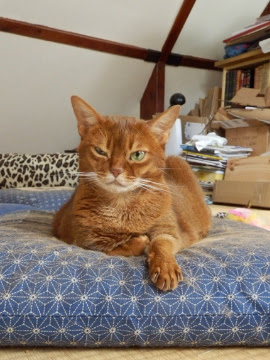 Can you believe that she and people like her (Brits living in Europe) were not even allowed to vote on something that will directly affect their lives?

Here is a nice portrait of me that Mr. G took when he was looking after us? 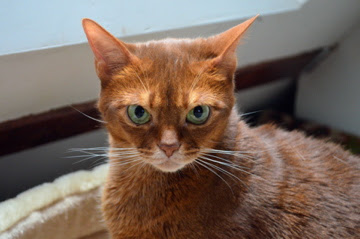 And this one too: 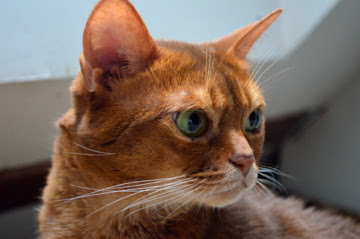 I am crossing my paws that everything will turn out OK for us: 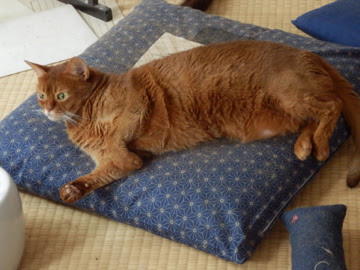