Tama-Chan, Benny, Momo, Vidock, Violette, Ollie, Hotesse & Heloise
This blog was started in June 2008 by a young sorrel Abyssinian cat called Sen-Chan and a slightly younger English Springer Spaniel called Tommy. The years that followed were full of hellos and goodbyes. Some, like Sen-Chan and Yuu-Chan, were lost very young. Other Abys like Sei-Chan, Bibi, and Genji stayed with us for quite a few years. But they too have gone now, as has Tommy. In the interim, several Percheron horses joined the family, starting with Vidock in 2010, Violette in 2012, and then Hotesse and Heloise in 2020. They contribute to the blog regularly. But the mainstays are Ollie, also an English Springer Spaniel, Tama, an Abyssinian queen who has been with us since late 2008, and Benkei (Benny), a little ruffian who joined us in 2021. We live in rural France, in a region called the Perche, which is famous for its heavy horses.


Tommy: Let me start by saying that I have always been known as a very, VERY good boy. I don't beg at tables or pester people for treats, and I never try to steal anyone else's food. But, once in a blue moon, circumstances beyond one's control do occur. Let me set the scene for you: we all have a treat time last thing at night, before going to bed. The Chans line up at their designated spot in #1's bedroom and, once they are done, I get a special treat too. These vary according to what #1 has bought and what she has opened. At the moment, we have lots of unusual treats here because she sent so many in her shipment from Canada. So, she had opened this packet of Crumps' Naturals Beef Tendersticks and I thought they were really yummy. Now she usually then puts the packet on the shelf on the landing. Enter my bro, Beebsy Boy, and a quick consultation before he slid the packet down and I.... ate them all!!!!!!

This is what #1 discovered: 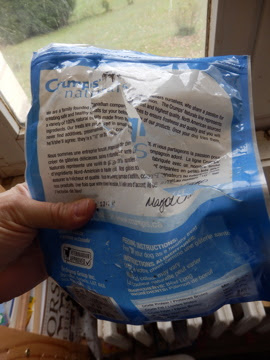 But I do have a pretty nice #1 so the first thing she did was to see about ordering me some. She found them on amazon.com for $14.97 for an 8-ounce bag. She thought she would check to see if they were available on amazon.fr. They were, for about $45 the packet! Generous as she is, she found that a bit steep. And amazon.com refuses to ship them to us in France. so, she has asked our friend Ms. P in Texas if she can have them sent to her and then sent on to us.

In the meantime, I will have to make do with "home-grown" treats. Kitty friends, I think you will be grossed out, but these are shavings from the V's hooves from when the farrier came. They are incredibly yummy too, and they are free! The best (most tender) ones are shaved from the horse's "frog" which is in the middle of the hoof. 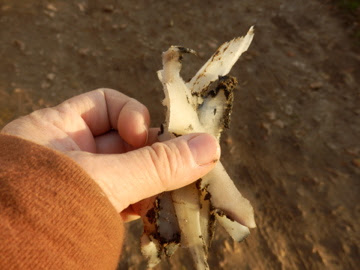 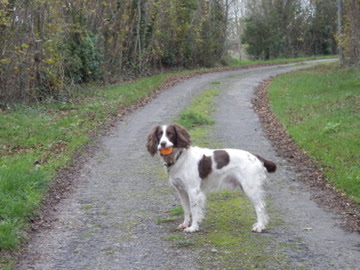