Tommy: Woofs, everyone! Thanks for all the nice comments about my Monday post. I have lots more fun pics to share with you today.

On Saturday, instead of heading east to Germany, we headed west to Belgium. It's pretty cool being able to go from country to country just like that! We went in Ms. L and Mr. P's car. #1 was riding in the back with me and I was very relaxed: 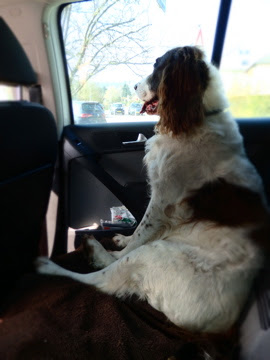 The first place we went to an old Cistercian abbey (Abbaye d'Orval) that was founded in the 11th century. They make beer and they make cheese! Sadly, woofies are not allowed inside, so Ms. L and I went up the path on the left for a walk whilst #1 and Mr. P visited: 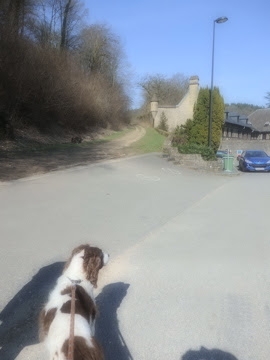 #1 showed me some pics of what the ruins of the old abbey (burned down in the 18th century) looked like: 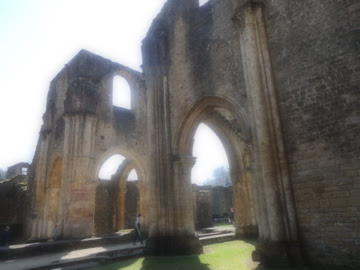 Afterwards, there was lunch at a restaurant run by the Abbey. It was nice enough to sit outside: 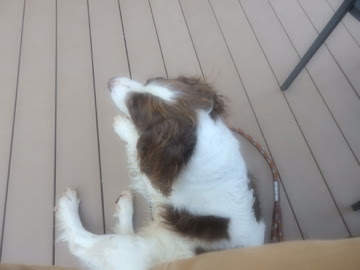 When we had finished lunch, we went to meet some friends of #1's, one who lives there and one who had come from the Moselle department of France with his Percheron horses! I had some time to relax and play: 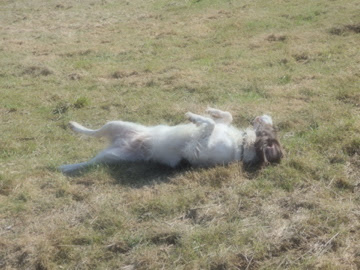 And then it was all aboard! 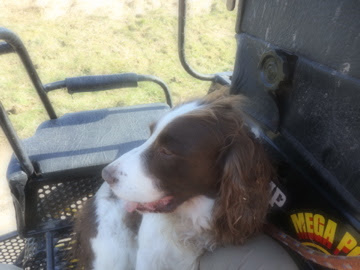 We went for an almost two hour carriage drive through the local forests. It was very beautiful! 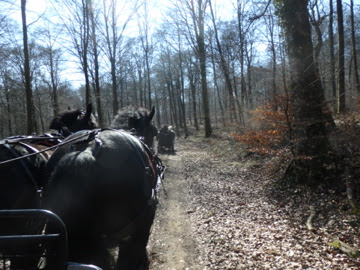 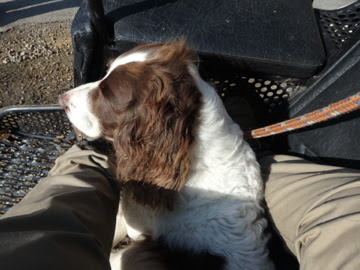 This pic was taken when we stopped for a few minutes: 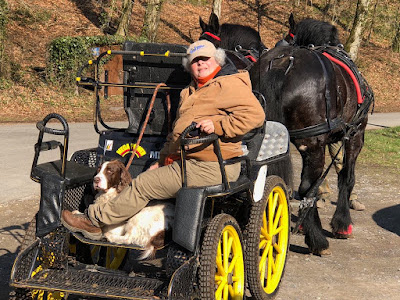 #1 made sure I was tucked in tightly so I wouldn't fly out when we went sharpy uphill or downhill!

The next day, we returned to France. It was a long drive but we stopped on the motorway so I could play a a bit: 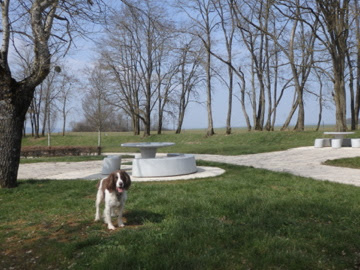 It really was a wonderful adventure, and I enjoyed every moment!
Posted by Tama-Chan, Gen-Chan, Vidock, Violette, Ollie, Hotesse & Heloise at 08:30