A Farewell to a Friend

#1 here again. In our last post, I told you about a visit from a springer spaniel called Murphy. Today, I would like to pay tribute to his big brother, OSCAR, a liver and white springer spaniel who went to the Bridge a few days ago. Oscar was the very first springer I met, many years ago, and he was a tiny puppy at the time, the centre of attention at a party I was giving at my cottage. He grew into a fine boy, handsome and loving and full of fun. But he started having problems with his eyesight and eventually became blind, which did not take away from his quality of life. Young Muprhy was his playmate and his "guide dog." But then, Oscar fell victim to the big C and, when nothing more could be done for him, it was with enormous sadness that his adoring mistress, Ms.K, helped him to the Bridge last week. Goodbye, sweet Oscar. Run free with all of the great friends you will be making over there! 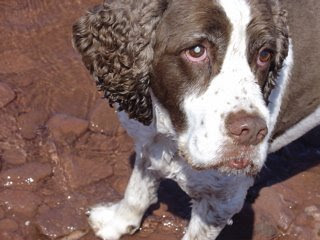 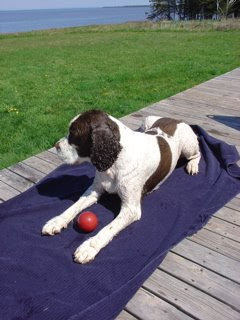 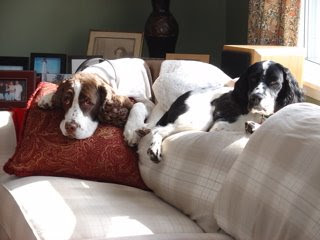