Heloise: Youthful Neighs, Everyone! How are you all? I have something really fun to tell you about today! Some time ago, #1 was contacted by fa riend of hers at Heritage Livestock Canada (she writes occasional articles for their magazine, Genesis). Since all shows had been cancelled due to COVID, they had decided to hold an online show and asked #1 if she would be interested in taking part. She thought about it for a bit and then decided it might be fun to enter me, particularly because my granddaddy, Donnamer's Titan, was Canadian! So she sent in a bunch of photos and a video, and a nice lady over there put them together, like this.

So time passed, and we weren't sure when results would be announced and then, yesterday, #1 got a message from a friend of hers in Wisconsin, congratulating her on taking part. #1 investigated further and found out that I had come second in my class of three year old fillies! That is SO exciting! #1 says that I am probably the first French-bred Percheron mare in decades to place n a contest in North America! And we were also pleased because the mare who beat me belongs to a good friend of #1's!

So, there I am, Heloise, international filly of mystery! I gather that there were entries from Canada, the United States, Ireland, Denmark and New Zealand! Here is the section with the rankings:

Who would have guessed, one year ago, when I was living in that field near Poupounette Central, that I would become an internationally-known filly!
And now I can concentrate fully on my Christmas preparations! 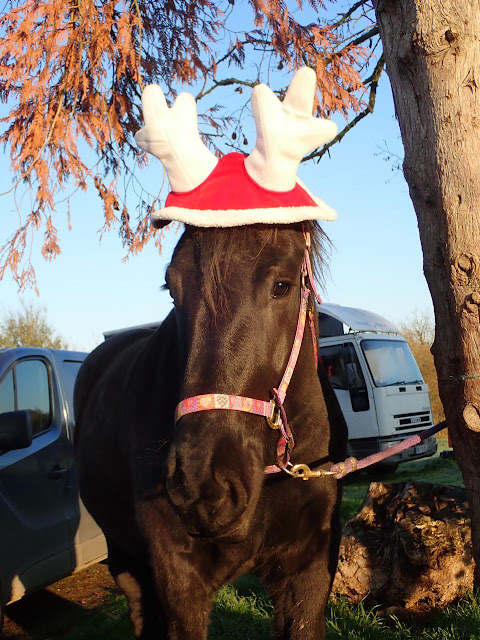