Tama-Chan: Yes, it's me again and you will shortly see why.  By the way, we did get our sun back yesterday and Tommy had several fabulous romps in the fields, so all is well with him!

Anypaws, in this matter, we are distinct laggards. Many of you are already possessed of one, if not several, of the 40paws hammicks. We had not had one until now although we had other hammocks, hnging from our beams or on our radiators. But when we saw one being offered in the auction for Winnie's Wish, we decided to go for it and won!

The package arrived several days ago but #1 has been so busy that she only got around to opening it yesterday. Much thankfulness ensued! Right there to assist with the package was my Beebs. Of course you know why don't you? The inside was slathered in nip! 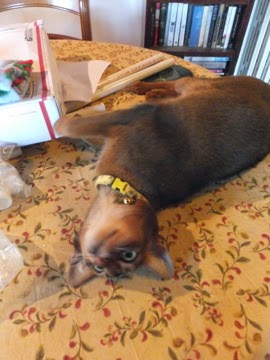 #1 put it down on the living room floor and I just happened to wander by. LalalalalaLAaaaaaa... 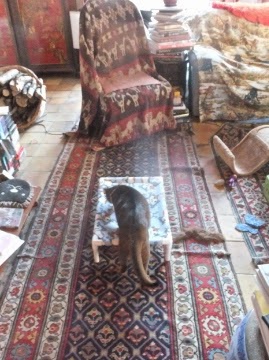 This does look interesting! 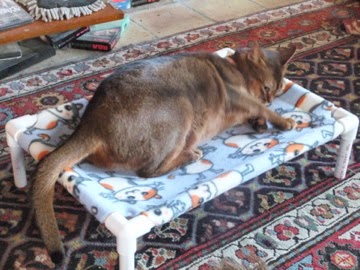 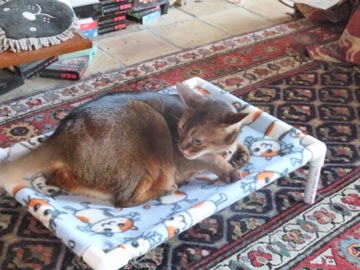 That boy should have continued rolling in his nip. 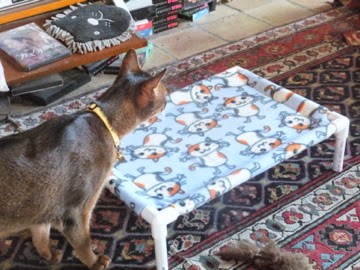 Instead of appropriating my hammick! 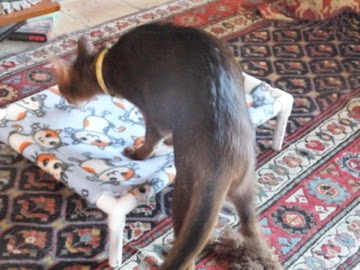 Not for long, though!

The Blue Terror also tired of the nip... 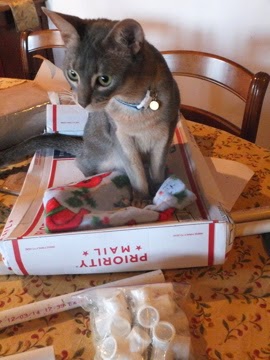 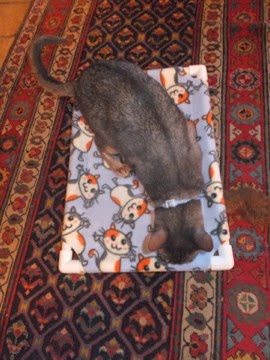 But those boys have zero attention span and they were soon gone, and the hammick was MINE again! 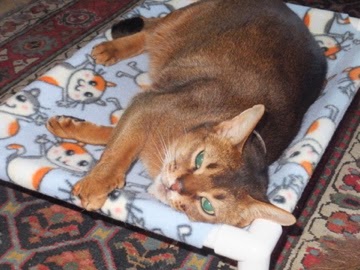